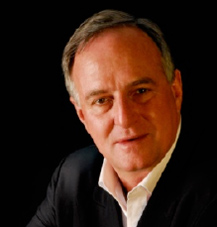 Mr. Debus was a well-known and popular public broadcaster, publisher, lawyer and NGO executive before embarking on a 28 year career in politics, during which he served as Attorney General, Minister for the Environment, Minister for Finance and Minister for Emergency Services in the NSW State government and then Minister for Home Affairs in the National Parliament. He has been honored as a Member of the Order of Australia.

Because of this and the longevity of his career he was often referred to as the “Minister for Everything”. Mr. Debus served in almost every capacity in the NSW government but is probably best remembered as the Attorney General (Chief Law Maker), Minister for the Environment, Minister for Finance and Minister for Emergency Services.

Following his retirement from State politics Mr. Debus was appointed to the National Parliament as Minister for Home Affairs. He retired from politics completely in 2009 and was made a Member of the Order of Australia for his contributions to the development of an emergency response framework, legal and environmental reforms and the community.