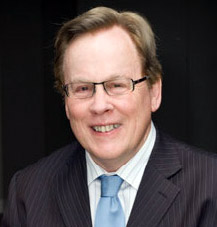 The only Westerner on the CHINA READY® China Board leadership team, Mr. Crockett has over 35 years of successful commercial and cultural involvement with Asia. He has been instrumental in the facilitation of outbound Asian investment and has broad experience at an executive level in the private, public and not-for-profit sectors.

Mr. Crockett has a deep understanding and respect for China and Chinese culture, coupled with broad relationships and an ability to act as a bridge to facilitate business and cultural understanding between China and the Western world.

He has a long history of commercial involvement in Asia where he established and operated a successful funds and asset management business in the 1980’s and is a highly accomplished businessman with personal business interests in tourism, private equity, investment, and property development.

Although spending most of his time in his role as global executive Chairman of the CHINA READY® Group, Mr. Crockett still maintains oversight of his personal business interests. He serves on the boards of a variety of organizations and has had a lifetime association with the tourism industry both internationally and within Australia.

He served on the Board of the Accommodation Association of Australia for 23 years including 14 years as Chairman and has been honored with many awards over the years including the New South Wales and AAA Tourism Awards for Outstanding Contribution by an Individual, the Accommodation Industry Award for Outstanding Leadership and the Tourism Training Platinum Award for Outstanding Achievement. Mr. Crockett created one of the first outbound tourism operations from Japan to Australia and was intimately involved with the development of the inbound Japanese market to Australia.

He was also instrumental in the establishment of Sister City relationships between Japan and Australia as well as the facilitation of Asian investment into Australia and other countries.

Mr Crockett was appointed Global Executive Chairman of CRA in 2011.