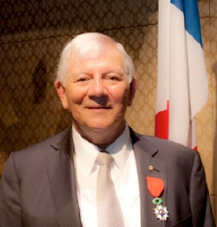 An internationally recognized lawyer, investor and company director, Mr. Baffsky is Chairman of publically listed Investa Wholesale Funds Management and Honorary Chairman of ACCOR Asia Pacific Group, in addition to his Board roles with many major government and industry bodies.

Mr. David Baffsky has served, and continues to serve, on many Boards and major government and industry bodies in the Asia Pacific region. These include the Indigenous Land Corporation, Singapore Airport Terminal Services, Olympic Park Authority, S Daniels Plc, and the Singapore Tourism Board. He has been honored by the Government of France as a Knight in the Order of the Legion d’Honneur and by the Government of Australia as an Officer of the Order of Australia.

Mr. Baffsky was also awarded the Centenary Medal for “Service to the Australian Society through Business Indigenous Affairs and the Arts” along with many other significant awards achieved through a lifetime of contribution to the legal, property, hotel and tourism industries.

Mr. Baffsky was Accor Asia Pacific Group Chairman from 1993-2008 and has continued to hold the role of Honorary Chairman since 2008. He is also Chairman of Ariadne Australia Limited and Chairman, Investa Wholesale Funds Management, both of which are publically listed.

Mr. Baffsky was early to recognize the enormous changes which would take place with China’s re-emergence as a world power and guided the development and positioning of the Accor brand in China at a time when China was not on the radar for most western businesses. He has been a lifelong supporter of the arts and is a trustee of the Art Gallery of NSW.