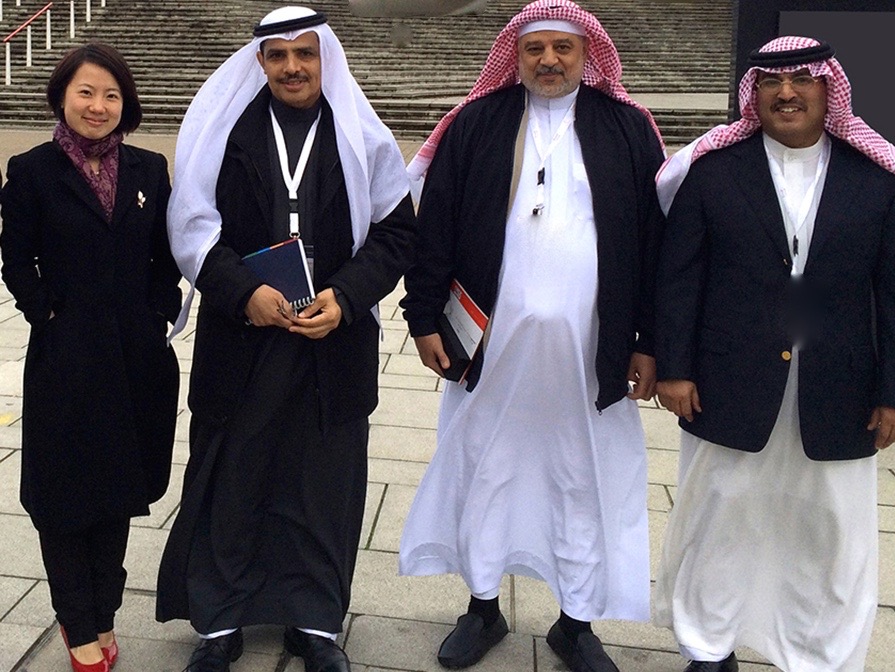 As evidenced by the photograph above, CHINA READY CEO Ms. Julia (Ting Ting) Gong appears to have been having discussions with some influential and well known identities from the Middle East.

She has not let on who they are, or indeed which countries they are from.

Could they be from Saudi Arabia, the UAE, Egypt, Iran, Jordan, Qatar, or somewhere else?

Watch this space as the identities of these elegantly attired Middle Eastern men of mystery are revealed. At the same time, we will share plans with you as to how the Middle East is preparing to better serve the ever growing numbers of Chinese tourists and business people visiting their ancient and exciting lands.

The Middle East has become a hot spot of interest for travelers from many countries around the globe.